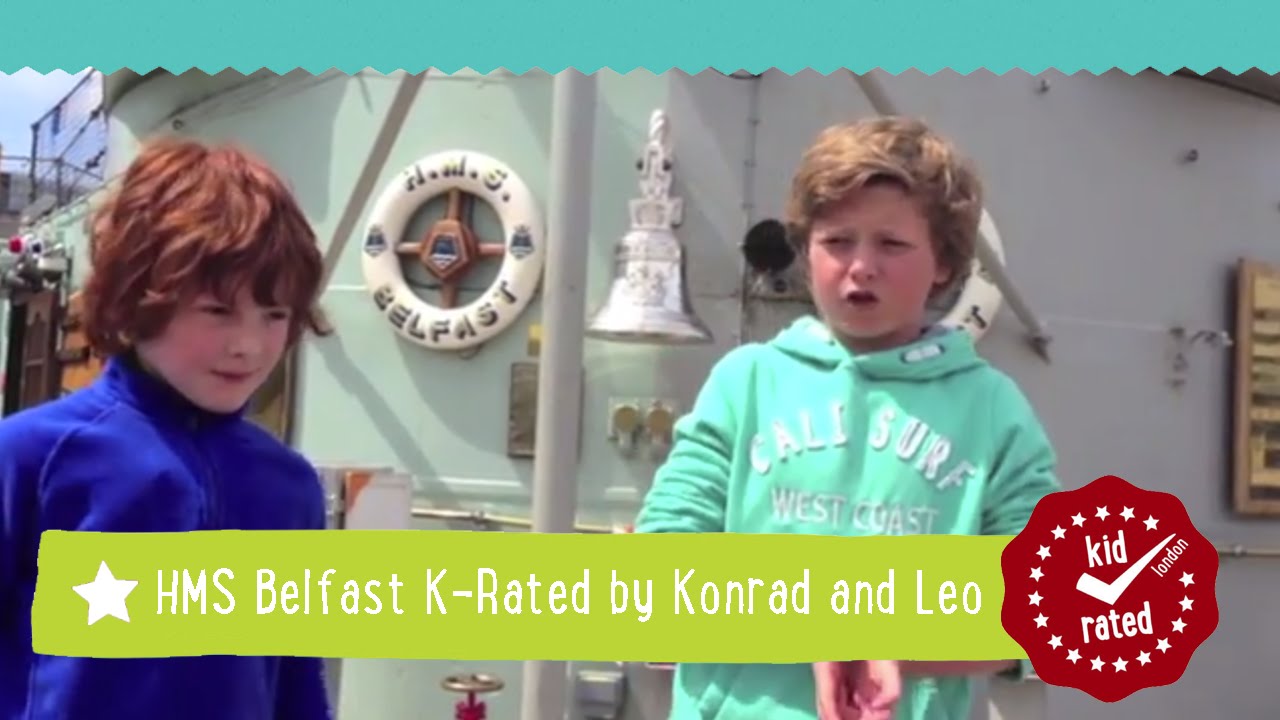 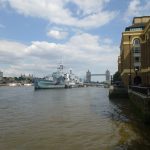 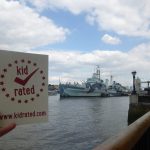 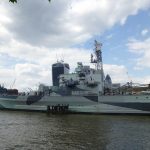 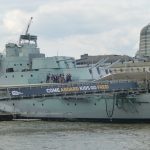 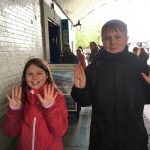 Christopher and Elizabeth both give HMS Belfast a 9/10

The H.M.S. Belfast was the largest, most powerful battle cruiser owned by the British Navy during World War Two and took part in combat until 1963.

The sailors’ hammocks, kitchen and dental surgery are all open for viewing over nine decks. The ship’s enthralling adventures at sea are explained in the Gun Turret Experience, a sailor’s story of the Battle of North Cape in 1943 which is recounted in the cramped gun turret with evocative imagery. Yeomen and volunteers are also on board for those who want to discover more.

There is also the chance to visit the interactive Operations Room. Take control of a fleet of ships against an authentic backdrop or salvage parts of a plane drowned in the sea – just don’t press the emergency button! Alternatively, those who prefer it can visit the upper decks and experience beautiful views along the Thames. You can even have a go sitting the Captain’s chair yourself.

The HMS Belfast feels like a 50-year-old time capsule. You’ll walk through it and it’ll seem as if the crew has just left everything behind and disappeared. The audioguide is very well done and the witness accounts are mesmerising. There are so many details about life on board to see, and you can immerse yourself forgetting for a moment that you are still in the middle of London.

HSM Belfast was like a snapshot in time. I really enjoyed exploring this ship. It gave me such a good insight into not only the past but the runnings of a vessel that size. I also loved seeing the Thames from a new viewpoint than usual. The operating theatre was really cool to see but maybe skip it if medical dramas aren’t your thing.