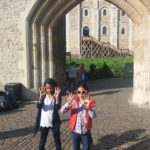 Tower of London K-Rated by Lauren and Abi 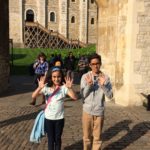 Tower of London gets 9 and 10 from Dylan and Lara 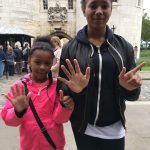 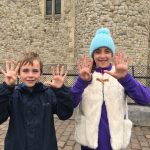 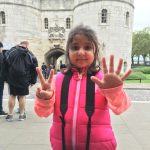 Diya gives the Tower of London a K-Rating of 7 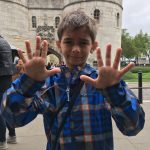 Darius gives the Tower of London a K-Rating of 10

Initially named The White Tower by its creator William the Conqueror, the Tower of London has been everything from a royal residence to a prison in its time. Its protective surrounding moat gives it a truly medieval feel.

Look out for the six protective ravens surrounding the Tower! Legend states that if they leave, the tower and kingdom will fall. Luckily, other security measures are also on hand: Yeoman Wardens – popularly known as Beefeaters – can be seen standing guard. Join the Yeoman Warder tour to hear their tales of intrigue, imprisonment and torture.

Inside, the Tower of London hosts fascinating historical objects, including the beautiful Crown Jewels!  See the armoured Line of Kings and hear fascinating stories of the wild beasts which were kept captive in the Tower.

Tube: Tower Hill
But why not arrive in style by City Cruise?