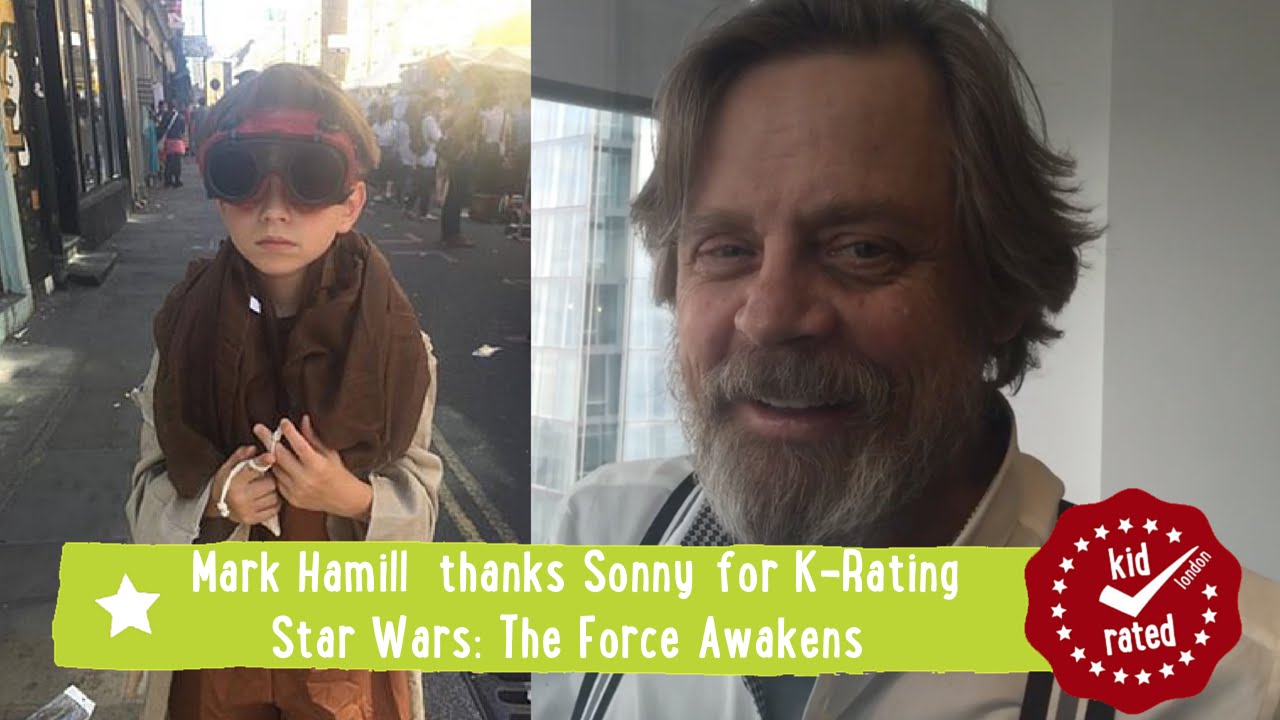 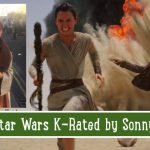 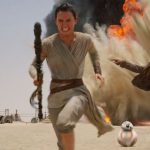 Daisy Ridley stars at Rey in the new film 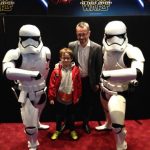 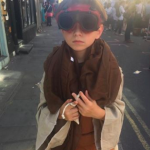 The Force Awakens is everything you want in a movie — it’s entertaining, exciting, a bit scary, funny and there’s only ONE kiss.

My friends will love it because they love space, action and comedy and they don’t like kissing.

He’s even meaner than Darth Vader until he takes his helmet off and has LONG HAIR!

He shouldn’t have long hair.

Poe Dameron (Oscar Isaac) is funny and awesome at flying his ship. BB-8 is cool. He’s a droid but also a ball.

Rey (Daisy Ridley) is the heroine, the new Luke, but she’s a girl. Finn (John Boyega) is the new Han Solo.

Poe, a fighter, flies off to a planet called Jakku for a special reason (I’m not telling you why).

He gets captured by the First Order. He sends his droid off as far as possible and a scavenger called Rey finds it.

She takes him into her house. Then all the fighting starts.

The special effects are even better than the Marvel Avenger films. It looks like the real world but with believable explosions.

The TIE fighters haven’t changed apart from a red stripe on the left hand side.

There’s a great bit where he goes crazy and slashes a wall over and over again.

The new characters are young and exciting, although Rey speaks with an English accent and everyone else speaks American.

I cheered when Captain Phasma (Gwendoline Christie) appeared. She should have a bigger part.

The old characters like Han Solo and Princess Leia and the Millennium Falcon are back but there is a surprise (I won’t say what it is).

The Force Awakens is a 12A but I think it would be appropriate to kids aged eight and over. There’s no swearing (because it’s in a galaxy far, far, away).

I love the old films.

The more recent three (starting with The Phantom Menace) are better because the special effects are much better.

The special effects in the older three (starting with the first one) look old fashioned.

All the old films are on TV all the time. So are the cartoon series The Clone Wars and Star Wars Rebels. So me and all my friends have grown up with Star Wars.

But The Force Awakens is now my overall favourite.

It left me feeling in suspense for what happens next.