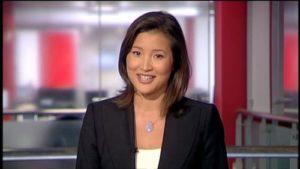 Alice Bhandhukravi @AliceBhand is a presenter and reporter for BBC London, including the Six and Ten o’clock News, Breakfast and One o’clock news.

Alice graduated from the University of Bristol. After a four-year flirtation with the world of international finance (care of the Spanish and Portuguese stock markets) she turned her back on long lunches and a Mediterranean climate to head to the London College of Communication to retrain as a journalist.

Alice has been at the BBC since 2006. She was born in Bangkok to a Thai father and British mother, and lives in west London with her husband. She speaks French and Spanish fluently and loves to travel. In her spare time she likes to read, go to the cinema, cook and is on a life-long quest to find the capital’s best Thai restaurant.

What I’m up to now is what I’ve done for the last 15 years – presenting and reporting for the local news on BBC1 (BBC London).

What’s your favourite place in London to visit as a kid? 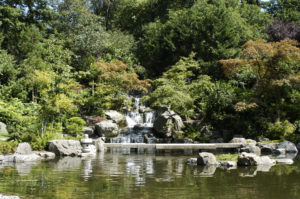 I grew up in West London, and we were lucky enough to have access to lots of parks and museums. My sister and I were often taken to Holland Park, and loved the adventure playground there. It has recently been refurbished, and  is much improved! It definitely looks less like an ‘adventure’ – it had been a bit ropey – but there are lots of facilities there now, and fun things to climb on and swing from.

Where is your favourite shop in London to browse? 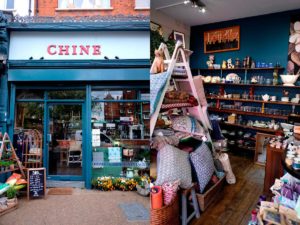 Arts, crafts and gifts at Chine in Kensal Rise

My favourite shop when I was younger would have been on Kensington High Street, there was a toy shop in the 80s called ‘Young World’ where I spent my pocket money buying marbles for my collection! Nowadays one of my favourite shops is a shop near me called ‘Chine’ on Kensal Rise, I love plants and have bought way too many there, but they also have really lovely trinkets and gifts, candles and cards. I’m addicted!

What’s your favourite place to eat with your family? 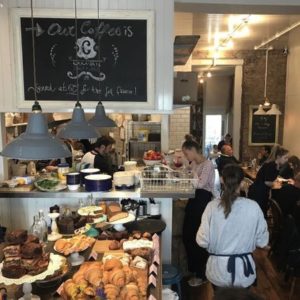 I love Golborne Road and the very top end of Portobello. It’s an everchanging area, with at least half a dozen good restaurants, great shops and unique boutiques, and one of my favourite cafes Bluebelle’s. 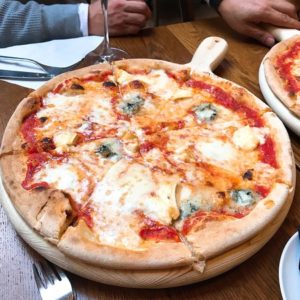 My 3-year-old daughter LOVES the pizza from Cacciari, an Italian restaurant on Portobello Road, and I personally think it is the best pizza in London (yes I said it). The rest of their menu is also classically Italian and excellent. The added bonus about this end of Portobello is that there is a well-equipped playground there which we go to especially for the mini trampolines.

Since I moved to NW6, I’m a convert to the Overground. My favourite journey goes from Brondesbury Park to Kew Gardens, which only takes 21 minutes. That is one of my favourite day trips with my daughter. Kew Gardens is so incredibly beautiful throughout most of the year, and their children’s playground is really fun and pretty!

Another favourite place to go with my child would be Battersea Park, especially since the development of Battersea Power Station has meant lots of good places to eat and plenty of fun scootering possibilities.

Do you have a favourite park in London?

I love Hyde Park. It’s not original, but I would choose Hyde Park on the basis of its size and diversity. There are so many different vibes, and different parts to the park, wide open spaces, meandering along the Serpentine, the formal royal parts and the various playgrounds. It’s the park to end all parks!