#KidRatedHowTo Take Kids to the Football 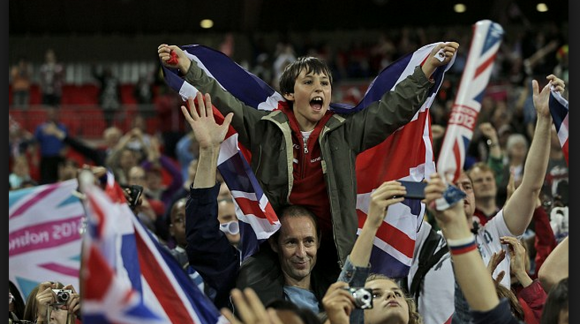 A Kid’s Point of View 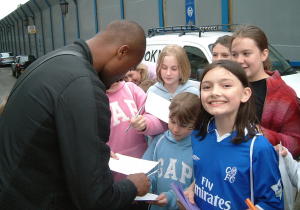 My dad took me to my first football match at Stamford Bridge (Chelsea 2 – Coventry 1) when I was six, and since that game in 1999, I’ve visited countless stadiums up and down the country, from Newcastle’s St James’s Park, to St Mary’s in Southampton.

It’s fair to say I’ve learned a thing or two about being a kid at the footie. So, if you’re thinking about taking children to watch ‘the beautiful game’, or if you’re a kid looking forward to your first time on the terraces, here are my tips for an enjoyable experience:

Wear your team’s colours with pride, and don’t wear those of the other team. Don’t even think about a half and half scarf – this isn’t rugby.  Young kids look adorable in full team kits, including the socks, but shin pads are a step too far.

Never wear, or let your kids wear, facepaint. If you wear facepaint and you lose, you will cry and you will end up on TV.

Girls : football stadiums are the best, largely because they’re the only place I know, where queues for the men’s is longer than those for the ladies’. And dads, don’t worry, there are plenty of nice women watching football who are happy to escort your young daughter to the lavatory.

Stadium food is disgusting and stuck in the last century. Fact. Eat beforehand, afterwards, or bring snacks from home. However, my sister and I agreed that the dad and son sitting in front of us a few weeks ago, eating an M&S picnic complete with sweet chilli prawns and hummus, were a bit over the top.

Teach your kids the songs (or at least the cleaner ones). They may have tiny voices, but encourage them to sing loud and proud. You’re never too small to give support.

At the same time, don’t be mean to your own players. It’s not really going to help, is it? And when they do something great, you’re just going to look dumb. A while back, I remember some fans behind me jeering about a ‘fat’ player, who later went onto being one of the decade’s biggest stars in the England team.

Reserve swear words for when the moment really deserves it: bad referee decisions, nasty fouls, and terrible results. This will teach kids to play fair. Or, do as my dad does, and think of more inventive words.

And if swearing really isn’t your style, don’t look round in disdain or tell people to be quiet. You’re at a football match, it happens. I learnt more rude words in the playground than I did at the dirtiest of games, and I went to a nice middle class primary school for girls.

When your teams scores a goal, celebrate well. My favourite thing about going to football when I was small, was being thrown up in the air by my dad. Though it did get a bit hairy during a very important Champions League match where I suddenly found myself being passed round the crowd!

Always remember that no matter how much more fun a win might be, losing is character building. It’s an annoying fact of life that you can’t always win. So suck it up. Even the most successful teams lose but, from a kid’s perspective, those same games can be some of the most exciting to watch. Moody grownups are so boring, especially on a delayed Virgin train from Liverpool to London. Remember – it’s only a game.

Finally, my dad’s golden rule, aside from never wear half and half scarves or red trousers, is never ever leave before the end. No matter how badly it’s going. You wouldn’t leave before the final act of the play, and plays are scripted, so you could always find out what happens. Anything can happen in football, or at least hold onto that hope.

But don’t just take my word for it. Here’s my dad with some stories about taking me and my sister to football when we were younger…

A Parent’s Point of View

Being blessed, as I am, with two daughters and no sons, it was always going to be essential that they enjoyed going to football. If they refused, I would have been stuck on childcare duties on Saturday afternoons trying furtively to keep track of scores.

I started them early and it worked. Now in their 20s, they still come with me and, when at university, could out-football any of the boys they knew.

Of course, it wasn’t always easy. Explaining the off side rule to a seven year old with all around listening in case you make a mistake is no fun. Finding the right food and loo facilities at away games proved a challenge at times.

But of course, the biggest challenge was the language.

There we were at Vicarage Road in the away end when Watford went forward and crossed the ball immediately in front of us. Although the ball went nowhere near the line, the assistant under us flagged for a goal and the referee awarded it.

The crowd around us, incensed by this miscarriage of justice, rose as a man (and they were all men) and immediately started chanting “The lino is a…” and then they used a word that Camilla’s mother would never utter even when she is driving in London traffic.

Camilla looked up at me with a glint in her eye. “They shouldn’t say that should they.” “Of course not.” I replied. “He is an assistant referee, not a linesman.”

I was also forced to keep my own language in check. Words were omitted from songs. It is difficult to think of a football chant without some vulgarity within it. Camilla assisted my restraint by demanding 50p for every curse or oath that I might mutter, however intense the provocation. If I didn’t pay, she would report me to her mother and that would be an end to our footballing adventures. Her extortion worked.

Before one particularly key London derby, I handed her £20 and said I was buying in bulk. She quickly pocketed the note but subsequently complained that she had been short changed.

For all of that, we had fun together at and travelling to and from games. Good father daughter time. And looking at Camilla today, it is fair to say that it hasn’t done her too much harm; she has seen parts of the country she would never otherwise have visited and she has met people she would never otherwise have met. Her language isn’t too bad either.

Update: Since this was published we have been inundated with parents wanting to impart their wisdom on taking kids to football. Read Part 2 here.