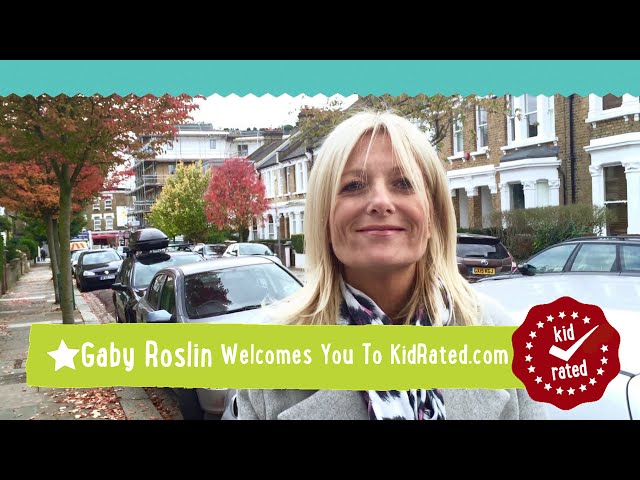 Her career highlights include Motormouth, The Big Breakfast, Children In Need, Sport Relief, Terry and Gaby, The Food Inspectors and co-hosting the Saturday Show. Plus an Instagram Live show for Hello Magazine called Let’s Gab with Gaby.

She also trained as an actress and starred in touring productions of Dinner and When Harry Met Sally. Plus she appeared in Chicago as Mama Morton in London’s West End.

She is a patron of several charities including the children’s cancer charity CLIC Sargent and   HAWC (Help Adolescents With Cancer). Plus WellChild and the WellChild Awards.

You can hear her every Sunday afternoon on BBC Radio London ; she’s currently helping out on The Breakfast Show at Virgin Radio and she also has a Radio 4 Panel show called Gaby’s Talking Pictures.

What are you up to at the moment?

Alongside my weekly radio show for BBC Radio London, I started a weekly podcast in October 2020 which is doing really well. 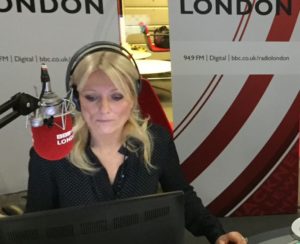 I’ve been an interviewer my whole career and the main premise of the show is I ask guests about their life and what makes them properly laugh. i’ve had some amazing guests including Dame Judi Dench, Robbie Williams, David and Georgia Tennant, David Oyelowo, Mark Strong and Richard E. Grant and the  main cast from Line of Duty.

Other recent guests include Lee Mack who had me in hysterics, the amazingly, talented Cynthia Erivo, Iwan Rheon, David Furnish and Alan Cummings. 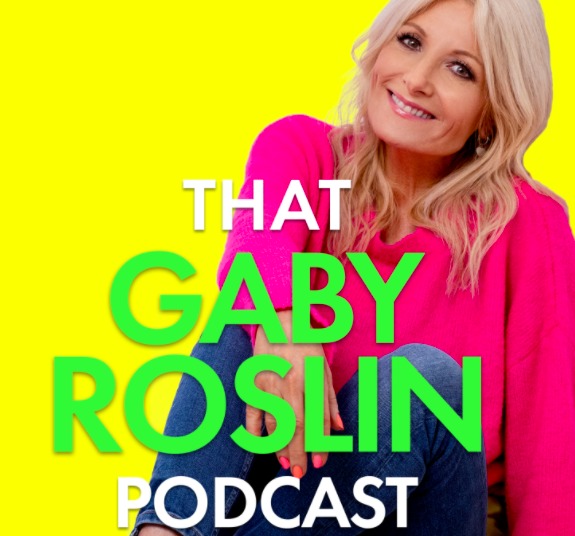 I started the podcast because we were in the middle of doing a live tour of Gaby’s Talking Pictures in the theatre. We did this huge launch show with Stephen Fry and Ben Miller, and then we had the next month lined up with amazing guests so hopefully we’ll be going back when we’re able to. 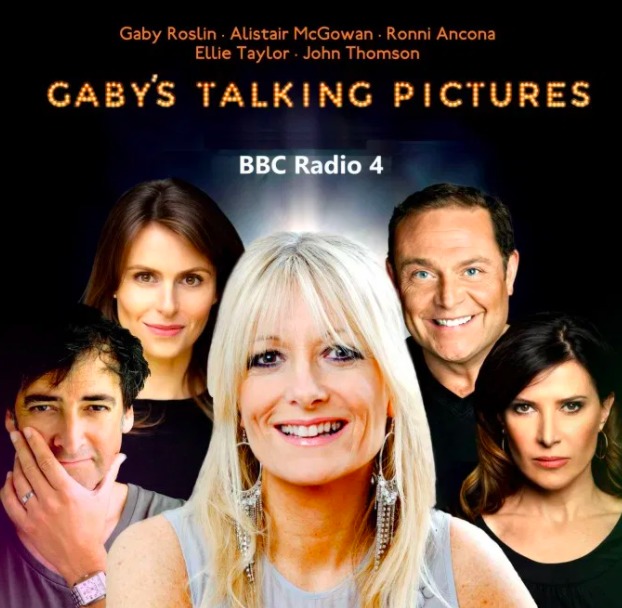 Ricky and Gaby strut their stuff

It sounds ridiculous, but it was Television Centre in White City.  My dad used to work there and he’d take me with him sometimes. I would walk around and imagine being a presenter.

Of course it is sadly no longer with us, but the BBC still do tours of Broadcasting House in Central London and Media City in Manchester which are lots of fun.

The other places I liked going were the parks, especially Regent’s Park and Hampstead Heath. Even though we lived in London, my mum was very keen for us not to be “concrete kids” so she would try and get us out as much as she could.

I’m a London girl through and through so I would always recommend London first. I especially love the River Thames and walking along the South Bank.

But if you’re asking me to recommend places outside London, I’d say the Cotswolds for it’s chocolate box quality. We only really go once  a year but we love it when we do and always try and go horse riding.  My kids love Warwick Castle.

We also all love walking round pretty cities like Bath and Cambridge.

Another place I’d recommend is Lyme Regis in Dorset where you must go fossil hunting along the Jurassic Coast. We had a very lovely meal at The Oyster & Fish House on a hilltop, which overlooks the harbour.

Finally, after going “glamping”, I have to say, everybody should try it. It’s basically posh camping and you can do it in a number of different ways. We’ve done it with a company called Feather Down Farms and we loved it.

That’s easy: Wagamamas! My husband loves it, I love it and my kids love it.

It’s great they way they do their menu so you can tell at a glance what’s vegetarian and whats gluten free. But most of all it’s good food and good value.

What would be your fantasy day out with the family?

It would start on a sunny day in London with breakfast at home with all the family and then we would probably travel to somewhere outside London like the New Forest for a walk followed by a great lunch.

So in an nutshell – sunshine, fresh air and being with my family.

Name three places you love going to with your kids 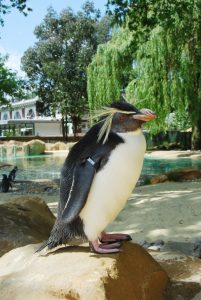 Ricky the Rockhopper who was sponsored by Gaby and Family © ZSL

1. London Zoo. My father grew up in Zimbabwe and I went a few times when I was young so was lucky enough to see lots of amazing creatures in their natural habit.

One of my earliest memories is of feeling really sad at London Zoo when I saw all the animals, I had previously seen in the wild, in cages. However, it’s changed a lot since I was a kid and I now love going with my own children.

I’m in awe of the conservation work they do and I urge everybody to check it out. We even adopted a penguin called Ricky the Rockhopper who has since moved to Whipsnade Zoo.

2. Musical theatre either on the West End or in one of London’s great fringe theatres.

3. And finally, something action packed. You guys recommended Thames Rockets we which we went on as a family and absolutely loved! I can see why everybody gives it 10/10. We’ll definitely be doing that again

A visit to one of the Go Ape venues which again was really good fun, and a great thing to do with the family because it caters for everyone’s different skillset and confidence.

I’m a regular visitor to the The Lexi – a small independent cinema. It has a wonderful cosy atmosphere and I also love the ethos behind it with the charity work they do.

Well, I wish I could travel everywhere by bus because it’s a great way to see London, but it is just a fact that the tube is quicker so I use that more often.

Give us a tip, some advice or a London life-hack…

Try and walk everywhere and when you do, don’t look down, look up and take in London’s great architecture that sadly is being pulled down.