#KidRatedHowTo: Behave at the Theatre 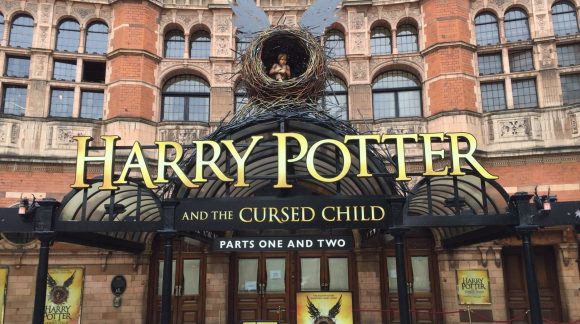 When Benedict Cumberbatch trod the boards as Hamlet at the Barbican, he surprised the public when he requested that theatre goers refrain from filming his soliloquies. Surely that’s common knowledge? Being an actor up on stage is a pretty brave job and red lights glittering through the auditorium is very distracting when you have to recite reams and reams of Shakespeare, or any lines for that matter.

So perhaps we need a refresher course of how to behave at the theatre. Here are KidRated’s theatre etiquette dos and don’ts.

Popcorn is fine at the cinema but a big no-no at the theatre. If your little ones insist on eating something that rustles, tell them they can only eat it in the interval, during applause, musical numbers, or on the bus home. Imelda Staunton recently called for a ban of all food in the theatre. A tad dramatic perhaps, but then again she is an actor and if you’re up on stage and all you can hear from the audience is chomping jaws, you might start to find it a little annoying. 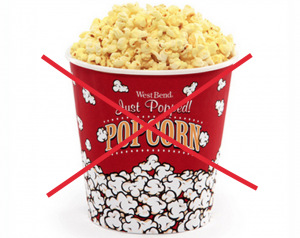 It’s impossible to crunch ice cream making it perfect theatre food. Unfortunately the theatres caught onto this and buying a tub each for you and your brood will cost a similar amount to the GDP of a small country in cash. Save money and teach your kids the importance of sharing. Everyone’s a winner.

Apparently someone was recently caught eating fish and chips in theatre. This is 100% unacceptable. Loads of restaurants near theatres do great pre or post show deals. Or check out these dinner packages.

icon-thumbs-up  Do turn your phone off.

London has some of the best theatre in the world. If you really think social media is more important than watching War Horse, then you shouldn’t have shelled out all that money to come. Make sure your kids turn theirs off too. Judgemental theatre goers will blame you, not your angel faced 12 year old if a phone goes off.

In the Shakespeare’s day, the theatre was a great social occasion and people talked throughout but they also only showered about once a year and didn’t have flushing toilets. Times have changed, you’re not watching Netflix in your living room. 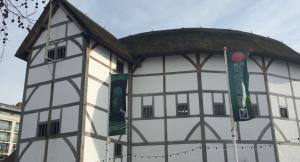 icon-thumbs-up Do venture beyond the West End.

There’s more to London theatre than just musicals on Shaftesbu. Mark Shenton, theatre critic for The Stage has some great theatre recommendations.

This again was acceptable in the olden days, but now, surprisingly, not so much.

icon-thumbs-up Do check everyone’s turned their phones off.

They’re just a bit silly, a total waste of 50p and you’ll look like a tourist. Unless you find yourself in the very back row of the Palace Theatre watching Harry Potter and the Cursed Child in which case maybe even bring your dad’s giant bird watching ones.

icon-thumbs-down Don’t spoil the ending for others.

You might think it’s ridiculous that someone doesn’t know the ending of the Lion King, Mamma Mia, or any other big West End show, but you never know some people might have been living under a rock their whole lives. 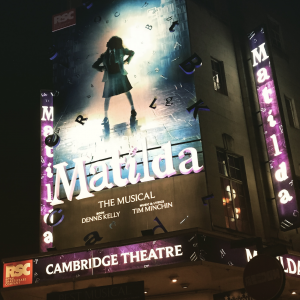 icon-thumbs-up  Do tell your kids not to laugh at male ballet dancers.

Yes, they’re wearing tight tights, but remind your kids that their dancing is full of skill,  elegance and expertise. See if your kids can do some of their moves like lifting another dancer above your head. Actually don’t, don’t ever try that at home. 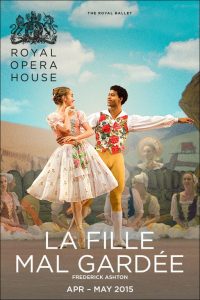 icon-thumbs-down Don’t forget to turn you phone back off after the interval.

icon-thumbs-up Do look out for relaxed performances if your child has special needs.

Haven’t heard about relaxed performances? Read Simon’s blog about attending a relaxed performance of War Horse with his goddaughter here. And see Issy’s review of Matilda here. Our special needs page has loads of info about accommodating theatres. 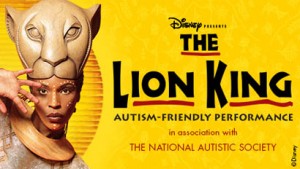 icon-thumbs-down Don’t heckle the actors unless it’s a pantomime.

If up until now your kids have only ever been to pantomimes, it would be a good idea to let them know that actors don’t like being booed or told that the baddie is behind them.

icon-thumbs-up Do show your appreciation by clapping at the end.

Or give them a standing ovation. Or even go to the stage door after the show and tell the actors how much you loved it. If you must film or take photos now’s your chance.

icon-thumbs-down Don’t forget to K-Rate it!

Whether you loved it or loathed it, we like to know your thoughts on plays for kids in London. See what kids have uploaded recently here. 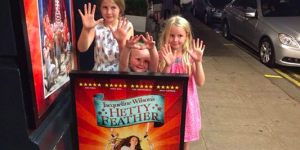 icon-thumbs-up Do save money on tickets.

Get your tickets through our ticket page where you will find discounts for some of the best shows in London. 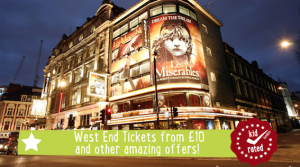 icon-thumbs-down And finally, do make sure your phone is off and don’t film anyone, even if they bear a striking resemblance to an otter, have been nominated for an Oscar and play Sherlock on TV. 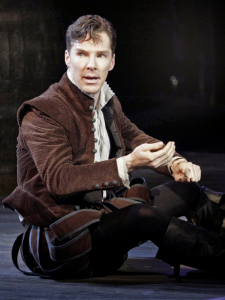 Update: Imelda Staunton recently made the headlines for saying that