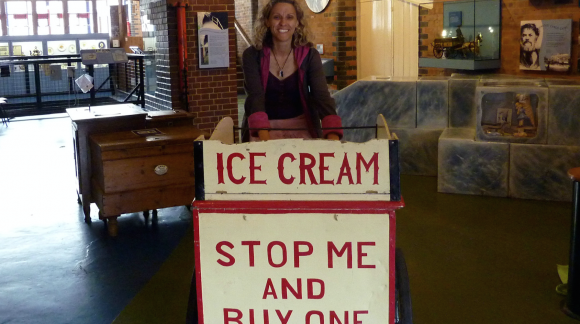 Laura started writing about London around 10 years ago when she was an ESOL teacher (teaching English to Speakers of Other Languages) and pregnant. A friend had confidently told her she would need something to do to stop her being bored whilst on maternity leave so she saw a job for About.com and applied.

The website covered many different topics and so as a writer you were expected to look after a different section and effectively write and curate it. Laura applied for London Travel and for her interview process she had to create a website and then be judged on it’s look and content. Luckily for her, and us, they chose her.

“It was quite an ordeal”, she says “But to give you some idea of how sought-after the job was, in 10 years I’ve met a few people who also applied and they tell me they still wish they had my job!”

Since then Laura has become one of London’s most prolific bloggers with highly engaged followers on social media including a Twitter following of just under 30,000.

“It’s been great”, she says. “I’ve met loads of people along the way, who work behind the scenes in museums, restaurants, galleries and hotels. Plus of course all the other bloggers and writers I meet at events. I’ve got a great network that’s forever expanding and we all look out for each other. For instance, I’m helping out the brilliant Zippos Circus and Cirque Beserk with their social media”

UPDATE: In March 2016, Laura decided to leave About.com after 10 years. She told us, “It was a tough decision but I knew it was time and I’m still writing about London so my days aren’t so different. I’ve got my own website – aboutlondonlaura.com – and I can write about London and further afield there. And I’m writing about London for other publications so am still London obsessed.” 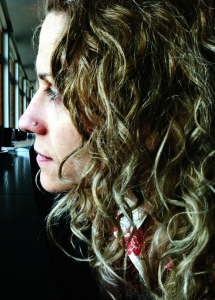 Every day is different. There’s no real 9 to 5 schedule. I wake up and post on Instagram and then clear all my social channels and messages before breakfast. Then of course it’s the school run, after which I have to plan the first article. This week I’m recommending ‘Things to do in February’ for a hotel blog.

Very often there might be a preview or an event on and that can easily take up most of the day. And then the last thing to do is clear my social accounts again, reply to all my messages before going to bed – and dreaming about London of course.

In your opinion what makes London such a great city?

It’s everything and anything to all people. I live in Zone 3 and I know people who never go into Zone 1 because they have everything they want outside their front door. They’re very different from those who want to visit galleries or see Buckingham Palace etc, but they love the city just as much.

London allows people to be whatever they want. Some people come for a luxury experience and some people come, never spend any money at all and enjoy it just as much.

Is it a great city for kids?

It’s an amazing city for kids. How lucky are they having the best of the best be it landmarks, theatre, galleries, on their doorstep? Kids outside London may get just one trip to the city a year and have to try and take it all in then. London kids see these sights every weekend and often during the week when on school trips.

People outside of London think all the major museums and galleries are adult orientated but it couldn’t be further from the truth. They have so much going on for kids and it’s easy to find.

What could London do better?

Oh wow it’s hard to pick holes. I think London doesn’t shout loud enough about how good it is. Take a city like New York. It’s not shy and constantly blowing it’s own trumpet. But we’re a bit stiff upper lip here and prefer to rely on word of mouth.

How do you take a break from London?

I don’t! But that doesn’t bother me. If I’m away, I miss London too much. People talk about wanting to leave, sell their house, take all that money they’d get and buy a big property in the country but I’m not ready for that at all. I just love the city. It might seem obsessive to some but that doesn’t bother me. They could well be right. It’s probably not good for relaxation, but there you go! 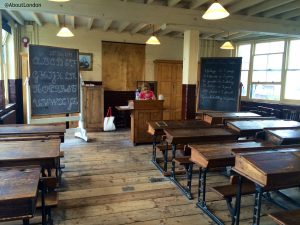 You must accept a lot of London is walking. You can’t get around everywhere by taxi or the tube. So embrace that and you’ll really enjoy yourself. Plus you’ll see so many things from statues, buildings, and monuments to Dickensian alleyways that appear from nowhere etc.

I’ll always send people to places like Buckingham Palace and the Household Cavalry Museum. I’m a sucker for a bit of pomp of ceremony and everyday at 4pm they have a ‘Dismounting Ceremony’ because this is London so you can’t just get off a horse.

It’s like the Ceremony of Keys at the Tower of London; we can’t just lock the doors every evening. Oh, and The Queen’s Birthday is another one. Why bake her a cake when you can have a gun salute and the Trooping of the Colour? It’s these brilliantly elaborate traditions that I love and I’ll never get bored of this city.

KidRated is the best place online for families!