Mothering Sunday – SIX ways to celebrate like a WILFUL TODDLER 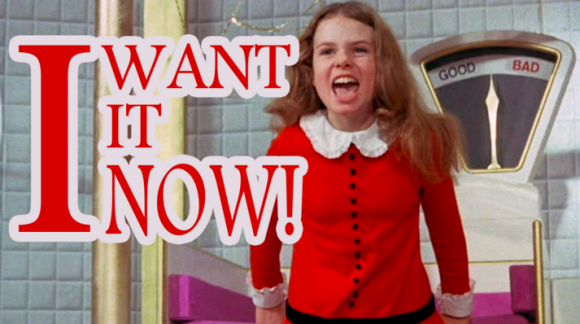 Mothering Sunday is looming large and while talc, tulips and a box of Terry’s All Gold are all very lovely, perhaps you’re looking for ideas to spice up the festivities? Well, look no more!

Here are SIX ways to celebrate this Mother’s Day like a wilful toddler (you know, for the sheer hell of it) – and with deconstructed fish fingers, tantrums and poo-talk in the mix, it’s sure to be one to remember…

Announce to a stranger that you need a poo

When the inevitable Interflora fella turns up with the elaborate bouquet your other half hastily ordered the night before (in a fit of sweary, Googling panic), this is your chance to kick off Mothering Sunday with the wilful-toddler proceedings.

After gasping with suitable surprise, smile and dutifully sign the signature handset – before pointing to your bum and proudly declaring: “My need a poo.” As he hurriedly retrieves the handset and thrusts the flowers in your face, progress to the poo-dance, hopping from foot to foot, singing: “I can’t hold it in! It’s coming NOW!” While he then pegs it to the safety of his van like a man fleeing a hostage situation, trill after him: “Uh-oh. Tooo laaate…”

Throw an almighty tantrum in Tesco

No Mother’s Day is complete without wine (obviously), so suggest a trip to the supermarket to stock up on refreshment to toast your day of worship. Once there, peruse the aisles tentatively and slowly, all the while letting your bottom lip jut out a little at a time, as a scowl simultaneously darkens your face like an ominous shadow.

When your other half gently enquires if something is wrong, chew your finger, stare bug-eyed at the floor and remain menacingly quiet. As he irritably pushes you for an answer, wail: “THEY HAVEN’T GOT MY FAVOURITE!” Then slump to the floor in a sobbing, crumpled heap with all the melodrama of a Bollywood actress. Keep at it until your wine of choice is recovered from the warehouse and then stop crying abruptly, resuming your day as if nothing at all has happened.

Shout ‘Farty Bum’ on Public Transport (particularly at the elderly)

If a lovely day out is planned in honour of Mothering Sunday, propose leaving the car at home and travelling by bus to your destination. After politely boarding and forking out the fares, break free from your family, bolting to the back, screaming like an Apache in a classic Cavalry Western.

Plonk heavily opposite a gentle, grey-haired couple staring steadfastly out of the window, desperate not to meet your intrusive gaze. Swing your legs violently and as MP3 players are turned up and tuts are passive-aggressively exchanged, scream ‘FARTY BUM’ at one minute intervals. As you disembark and the whole bus is exhaling a collective sigh of relief, glance back at your fellow passengers and smile sweetly before chirping: “Bye bye… [PAUSE] FARTY BUMS!”

Awkwardly insist on lumbering a cumbersome toy in a public place

An excursion to a busy place this Mother’s Day, such as a mall or shopping precinct, must undoubtedly be accompanied by a toy either much larger than yourself, or one that you have great difficulty in carrying. Preferably both. Something like a scooter or giant teddy is ideal, but anything that can fit easily into the palm of your hand or has nice practical handles to grip, will not suffice.

If it all possible, opt for a cumbersome toy that is also garish in colour – bright enough to humiliate the person forced to carry the item for the rest of the day when you announce, five minutes after leaving the house with it, that you are not physically able to.

If a celebratory, fancy meal is planned, your inner wilful toddler will have ample opportunity to be released. Begin by exploring the menu and, after musing over the confit duck and boeuf bourguignon, enquire politely if you could get some fish fingers for main.

Explain that it is imperative that the breadcrumb coating be carefully extracted and placed adjacent to the fish inners. Make it clear to the waiter, that if your meal is not presented this way the world will end and he will know it. Upon receiving your food, reluctantly nibble the breadcrumb coating before grumpily discarding on the table. Subsequently, deny ever asking for fish fingers and then demand they be replaced with sausages, each cut equally into pieces the thickness of one pound coins.

When it’s suggested that you are perhaps being unreasonable, cry until so much mucus streams all over your face, it’s hard to know which orifice it’s coming from. Maintain this until you are presented with a pudding.

With perhaps the strangest Mother’s Day known to man behind him, let your other half retire to bed lulled into a fall sense of security that at the very least, the extremely weird day is over. Watch as he drifts off into a nourishing slumber. Once he’s sound and breathing deeply, lean into his restful face – and scream, ‘Issitchee! Issitchee!”

With him bolt upright and rooting for a makeshift weapon with which to protect his family from the maniac who just woke him, hiss in his ear: “My bum is itchy! Scratch it! SCRATCH IT!” He may or may not oblige as you gesture to the bit smack-bang between your cheeks, but how lovely it will be to look back on a Mother’s Day that was a little more eventful than chewing overcooked meat at a carvery? And at least you’ll have a story to regale the grandkids with..?

Don’t let your other half get you a hastily bought bouquet or misjudged bath salts for Mother’s Day. Tell him you a want a hugely humorous mug to let your tea go cold in! Check out the official Word To The Mothers (http://wordtothemothers.com) merchandise here! http://goo.gl/YleBo1 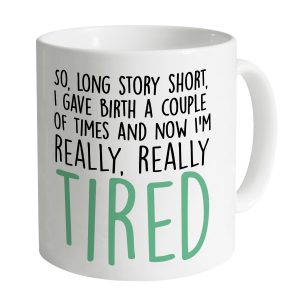 Take a beak at the Word To The Mothers Facebook page here! https://www.facebook.com/wordtothemothers/ 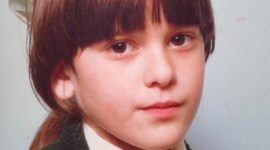 Sweary Mary journalist, editor and blogger who likes to bang on about babies a bit. She is also a friend of the site and no longer wears a tie.