Anthea Turner has pretty much done it all as a TV presenter. She’s been a reality star, hosted numerous shows and of course will be remembered by a generation of us as one of the brilliant hosts of Blue Peter. Not to mention co-anchoring GMTV.
Read her recollections on visiting London as a kid, including  Madame Tussauds, Harrod’s Food Hall and Trafalgar Square.

Surely a contender for the cutest kid photo EVER!!!

Best Days Out with Anthea Turner

Can you describe your favourite memory in London?

Mum and Aunty Jean were both teachers and treated all trips to London from Stoke like a school outing, which meant cramming as much into a prearranged schedule as they could, checking constantly that we hadn’t roamed off then home to make a scrapbook about where they went and what they saw.

I’ll never forget Madame Tussauds, amongst many others – The Royal Family, George Best, Twiggy and Bridget Bardot. I thought she looked beautiful and wanted to grow up to look like her. We also went to Downing Street to see where the Prime Minister Harold Wilson lived. In those days, you could march down the street and have your picture taken next to the Policeman, who always stood on the steps guarding the big black door to number 10.

Can you describe your favourite memory in London?

The prestigious lions of Trafalgar Square, I definitely sat on one during one trip to London as a kid, then to see the Queen at Buckingham Palace. The flag was up so I knew she was behind the curtains looking out at us, so we waved! Tea at the Ritz would have been deemed “Far too expensive” so we just used the toilets and reported back “We went to The Ritz”.

Where is your favourite restaurant in London? 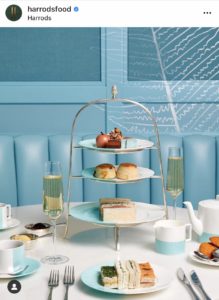 Eating in Harrods Food Hall is always a treat but in 1968, Harrods was just a very nice department store with an amazing pet and toy department so totally within our ‘special occasion’ budget.

Give us a London life-hack… 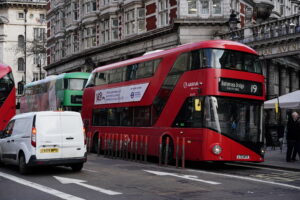 London is now my home I live just off the Kings Road in Chelsea, but will secretly always be a tourist, in search of a new outfit! My tip is if you get on the number 19 bus from Battersea to Piccadilly and on to Islington you will see so much of London, occasionally a few famous faces too!

Thank you KidRated for asking me to put down my memories because I’ve learnt, 54 years later, that children remember the sights that largely don’t cost a penny!