Eddie Robson is a British writer and novelist, best known for his sitcom Welcome to Our Village and Please Invade Carefully. Eddie has also famously worked on everyone’s famous TV programme growing up, Doctor Who as well as writing comics, short stories and working as a freelance journalist for various science fiction magazines. His new novel, Drunk On All Your Strange New Words, is available to purchase from major retailers. Eddie is married and currently lives in Lancaster with his two cheeky children. 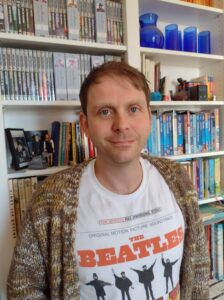 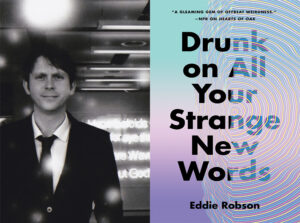 ‘Drunk on All Your Strange New Words’, Published in August 2022, St Martin’s Press

My science fiction novel Drunk On All Your Strange New Words was published only last month! It is set in the nearish future, when Earth has made contact with telepathic aliens and only a small number of humans can communicate with them. It’s about a young woman who has come from a poor background and eventually becomes a translator. She suddenly finds herself in a diplomatic world where she feels uncomfortable. She is just getting to grips with it when her boss is murdered and she was the only one around at the time, so she naturally falls under suspicion and must work out who actually did it. 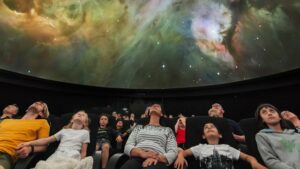 My family lived just outside of London, so we used to visit often. I do have fond memories of going to The Science Museum, but my favourite memory was when we went to the Peter Harrison London Planetarium. There was a light show set to the music of Jean-Michel Jarre, which I remember being completely wowed by and I wanted to go again. I’ve been to a couple of Planetarium’s since, but it’s never been quite the same. 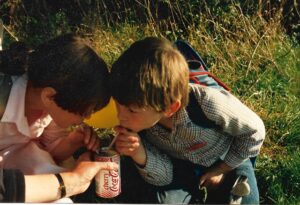 Where’s your favourite place to eat with family? 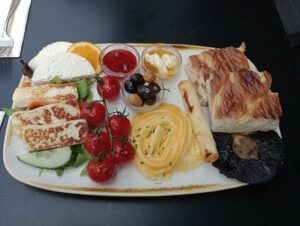 I have a new place called Sandwich Street Kitchen in London. Instead of going for the usual budget option of a Premier Inn breakfast, we decided to look for somewhere else. It’s a Turkish place and the food was amazing. They do a special Istanbul Breakfast, which consisted of Turkish sausage, eggs, tomatoes, mushrooms and a pile of pancakes on the side as well. It was very much like getting two meals on one plate at 9 o’clock! 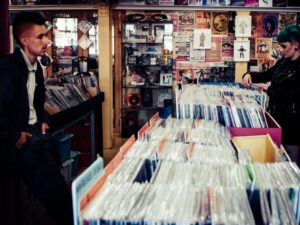 My usual target when I’m visiting somewhere is to hunt for second-hand record shops, to the usual dismay of my family. I visited Clocktower Music in Bridport on the way down to Cornwall recently and they were fantastic. They have a high street shop which I browsed for about twenty minutes before they asked me if I’d been to their other location at the counter. It was a few minutes off the beaten track, so thought I’d check it out. I came to find this amazingly huge shop (5x the size of the high street venue) with reasonably priced records, lovely staff and free badges for customers. I held back and only left with seven records to add to the thousands…

Where is the UK would you recommend to visit? 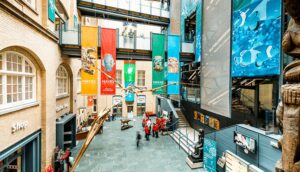 A place we always have a good time as a family is Liverpool. I’m a big Beatles fan, so there is lots of touristy stuff to do. There’s the World Museum which is great plus it’s an amazing city for shopping. The experience is more open and relaxed rather than feeling cooped up in a shopping mall, which always feels a bit oppressive.

Can you name a few places in London you love to visit?

When we do go down to London, it’s usually to tie in with some exhibition that we want to see. We most like to go to museums and galleries, such as The British Museum, V & A and the Tate Modern – there’s always something good to see there.

I used to go to the Southbank as a kid. My parents used to go to classical concerts at the Royal Festival Hall and instead of hiring a babysitter, they’d just take me with them. There was nothing there then, really, there was nowhere to eat! Since they have developed the river side space, there’s a proper café culture and some wonderful bars, it’s my favourite place to visit in London now. My kids loved eating at Wahaca last time we visited, after a trip to The National Theatre.

What would be your perfect day out with your family?

It’s always nice to do something outdoors. My youngest is always reluctant to get outside the house, but I’d like to have a walk together till the afternoon and then take both my children to a gig in the evening. Now they are twelve and fifteen, they are really into music, so we took them to see my youngest’s favourite band, The Flaming Lips, this Summer. After a two year wait because of the pandemic, it was a stupendous experience. 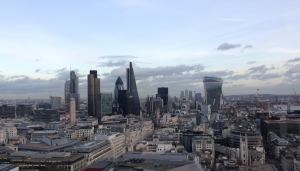 The Walkie Talkie building is part of the London sky line

I generally prefer to walk if I can do it. You see so much more. I am often down in London for meetings, and I always leave an hour in between to have some flexibility so I like to get some steps in at that time. I do take the Tube, but twenty years ago I used to work for the customer services department for TFL buses and that was enough to put me off that mode of transport!