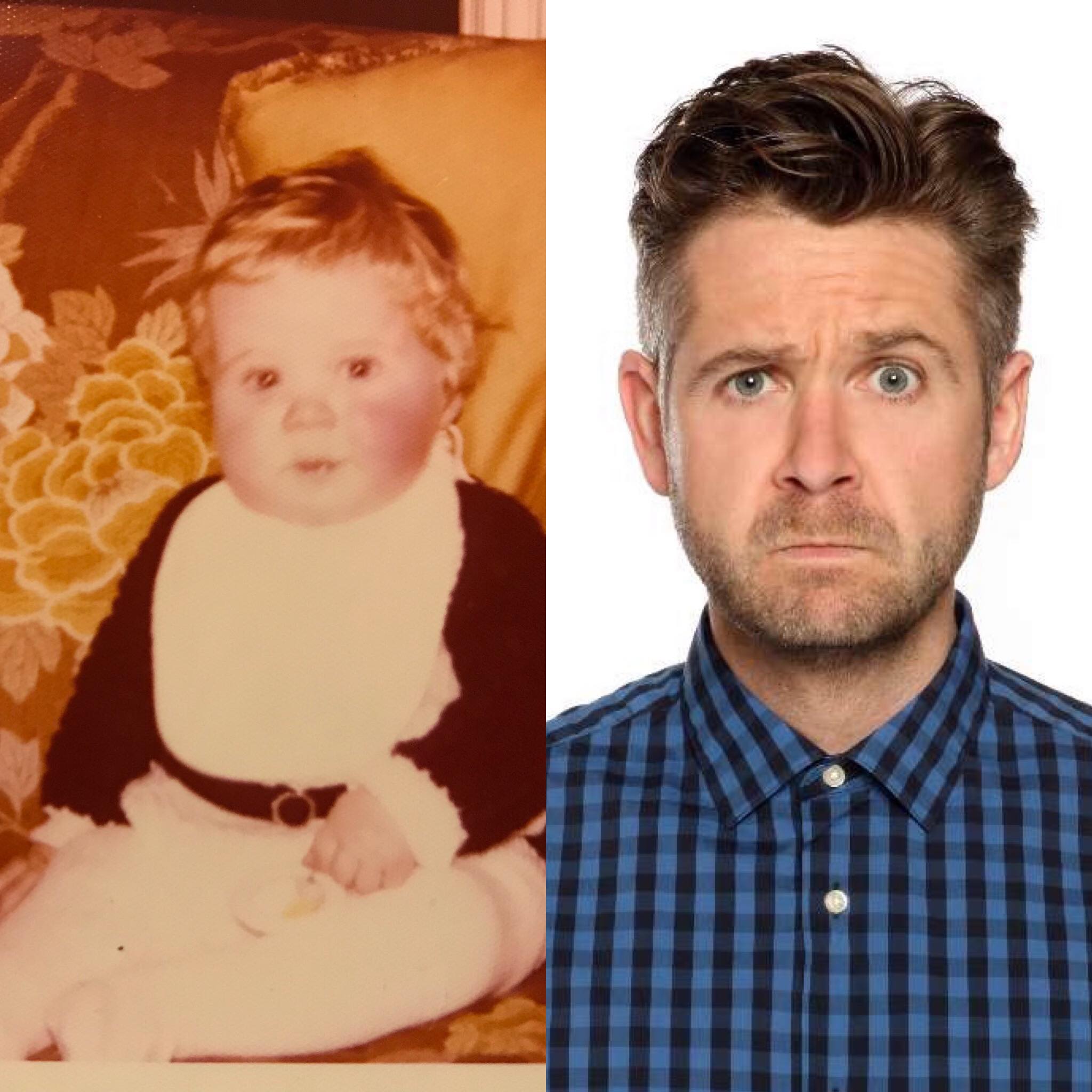 He’s about to go back into the West End to star as the hapless Bottom in Ben Elton’s stage version of Upstart Crow.

The first run was cut short thanks to Covid but if it’s half as funny as the TV series it will be excellent, so we hope he breaks a leg.

Rob burst onto the comedy scene in 1998 when he won the “So You Think You’re Funny?” new act competition. He then started his TV career as a “warm-up” on the hit BBC sitcom Coupling. However, he was still performing as a successful stand-up, both solo and as part of the successful trio Big and Daft.

His 2002 solo Edinburgh show was a sell out, gathering positive reviews. The following year he returned to Edinburgh with another hit show and finished the year with a performance at London’s Soho Theatre.

He is married to the actress Helen Rutter (see her Best Days Out here) and dad to Lenny. Check out their podcast Rob and Helen’s Date Night plus Helen’s book The Boy Who Made Everyone Laugh. 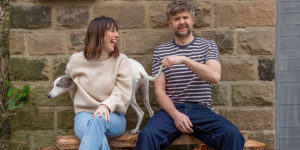 Since 2016 he has played the role of Bottom – William Shakespeare’s bumbling manservant in BBC2’s  Upstart Crow alongside David Mitchell.

The show successfully transferred to London’s West End in 2020 and was swiftly nominated for Olivier Award before it stopped for the pandemic hiatus.. But now Rob’s Bottom is back and he can be seen at The Apollo Theatre on Shaftesbury Avenue.

In the meantime discover where he visited in London as a kid and where he goes with his family now he’s almost a grown-up!

Being a comedian is the only job I’ve ever had (apart from being a qualified geography teacher – see above).

Very occasionally, there will be some sort of clerical error leading to a foray leading into TV or Theatre.

When the first lockdown kicked in, I was obviously  ‘Bottom’ in Upstart Crow but when that stopped because of lockdown I was unable to return to my regular job as people not being allowed to be packed into sweaty rooms is quite problematic for a standup so iInstead, I set up a Rob Rouse’s Comedy Village, a patreon page ready to present exclusive comedy sketches, films, songs, stand up & podcasts every day of the week.

People can still subscribe and my latest offering pings straight into their inbox. Much friendlier than social media and contains zero bad news or people shouting at each other. 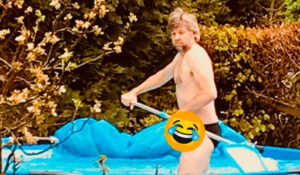 Like most kids, I didn’t grow up in London. I just heard about it on the telly watching Blue Peter, meaning I was ‘Mickey Mainstream’ in terms of what I wanted to see down there. I could lie and say “I think actually, it’d just be roaming around the forgotten back streets soaking up the history, that was my London.”

In truth, I was all about the big hitters innit: Train down from Macclesfield, Tower of London, Buckingham Palace, Natural History Museum. Wallop!

Where is your favourite place to eat with family? 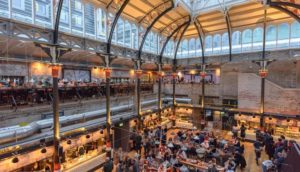 At the time of typing this answer, our options are fairly limited so you have to get creative with things.

For a straightforward meal it would be a toss-up between either at the table, or on our knees. If you want to create a ‘beach front’ restaurant vibe, simply run a bath and get one of your dining party to rhythmically slosh around in the bath to mimick the sounds of tropical waves gently lapping the white sandy beach.

To create a modern “Industrial Warehouse Market Foodhall Vibe”, which is so trendy nowadays, simply eat your lunch out of brown paper in the garage.

Name THREE places you love going with your kids.

At the time of typing this I would say either the living room or the kitchen would be big favourites for all of us, but in times gone by… 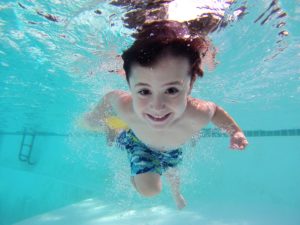 2. The Soft Play Centre. Just like the kids swimming pool, if you truly know how much faecal matter there was inside a ball-pit, you’d wouldn’t let your worst enemy get in there. They seem to love it though, so why stand in the way of their fun? The shrieking endlessly reverberating off the walls is a soothing balm for the soul while you relax with a particularly badly made coffee with all the other broken parents.

3. A Trampoline Park. These attractions are superb places because the children enter them in a mega-excited state. You take your shoes off and are ushered into a holding area where you are shown a video depicting the myriad ways a person can severely injure or cripple themselves on a trampoline. The kids are so excited they don’t pay attention to all this boring stuff, but your anxiety as a parent starts to go through the roof, which is a real rush. Then you sign a form to say than any potential accidents are entirely your own fault and off you go. Immediately you’ll be able to feel every single one of your 46 years on this earth. Cartilage and soft tissues will be pushed to their absolute limit as you gingerly bounce in the beginner zone while children whoop and somersault over your head from adjacent trampolines.

Eventually though, you will get your confidence up and shout “Look kids!” and attempt some form of twist or ‘pike’ at, which point either your clothing or your bladder will fail (possibly both) leading to something called ‘abreach’. Then you will be politely asked to leave the trampoline park. 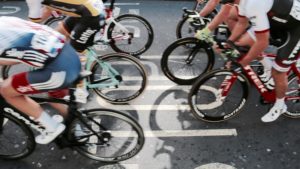 At the start of 2020, I was in Upstart Crow in the West End, so relocated to London in the week. For the first time ever, I decided to travel everywhere by bicycle.

I’d never cycled before, probably put off by too many angry phone ins on Jeremy Vine and videos of couriers kicking wing mirrors off vans. But I gave it a go and it was life changing. I didn’t care if I got cold or wet or sweaty and it was just great for my mood. It turns out, modern life makes me 46 year old me at least a stone heavier when I travel everywhere sat down! 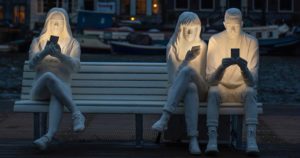 Talk to people. All that stuff about Londoners not being friendly is rubbish. I’ve met so may fascinating people there. Being lost in and absolute sea of people felt great. When you think about it, that fact that there aren’t constant blazing rows on the crowded tubes and punch ups happening left right and centre is living proof of just how harmonious a place London is.