New Dad, Tony Way is an English actor, comedian, and writer. He is best known for playing characters in a number of British comedy TV series including Extras, Black Books, It’s Reeves and Mortimer and Ricky Gervais’ Afterlife. 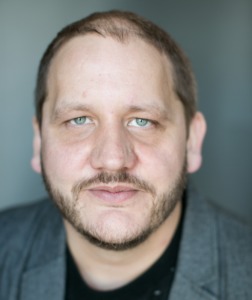 Games of Thrones fans will recognise him as Ser Dontos and he has also appeared in Doctor Who and the movies Sightseers, The Festival, Ali G Indahouse as well as being saved by Tom Cruise in Edge of Tomorrow.

Oh and he creates amazing sandwiches!

I am currently acting in a couple of TV dramas, but people can watch me in Ricky Gervais’ After Life on Netflix. We start filming series three in Spring 2021.

The Thames Barrier was right up there. I did a huge project on water when I was at primary school, and I became obsessed with the Thames and the Thames Barrier. When we travelled into town on a coach from my native Essex to the visitor centre, it was like visiting a mega star for me.

We also went along the Thames in a ‘Clipper‘ (still a thrill for me now in my 40s) saw the Cutty Sark, and hung around in The Greenwich Observatory.

What a great day. Oddly years later I helped my Dad work on the Thames Barrier as a painter and decorator. I got to go deep into the workings. I was in heaven. 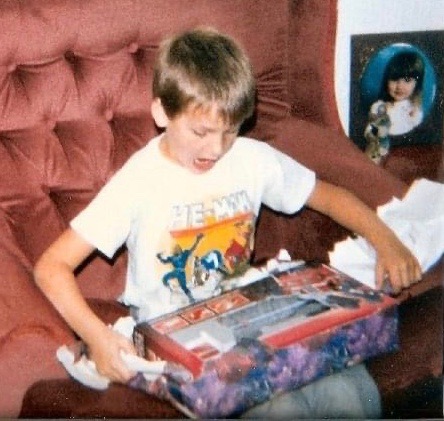 Where is your favourite place to eat as a family?

Anywhere there are good fish and chips. Poppies in Spitalfields are great – as is that whole area for food.

Sutton’s and Sons and Faulkner’s are the two best chippies around my way (East London).

Or I’ll happily have a Brick Lane Bagel (or Beigel). They are THE best…

I have never had a bad time in Wales. North Wales in particular is amazing. The Snowdonia area is stunning. We have had some brilliant New Year breaks in the Welsh Countryside and I have filmed there lots over the years.

Get to Wales! Or Norfolk is great too, and a lot flatter than Wales if you don’t like walking uphill. 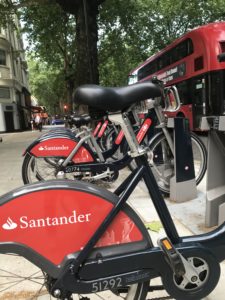 I love them all, but bus and cycle for me.

Cycling to get on the towpaths and out into the surrounding green and leafy parts of London.

And a bus through the City or West End is THE best way to travel.

It’s the cheapest tour you can get. You will always see something, interesting, new and exciting London is like an ever changing, living creature.